Check back tomorrow, I’m going to tell about each of their stories and how they came to live with me……..each of my dogs has an awesome back story and I can’t wait to share!! ❤

A fluffy Riley & Oliver (the way I prefer them!) 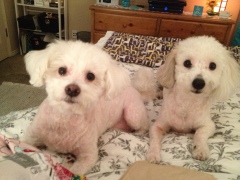 He smiles for the camera!

The Three Amigo’s begging for something!

My Roo! (Riley’s nickname became Riley Roo, long story to be explained later, so sometimes she just gets called Roo, and she answers to it and always has!)

“Oh Oliver!” seems to be his nickname! 😉

I left Oliver on iPhone duty 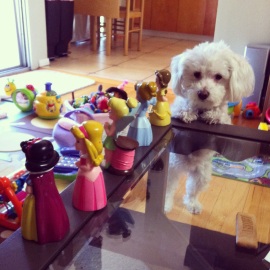 Riley wishes she could be a Disney Princess too!

Another of the white monsters…….Riley’s still after 2-years not so sure about Oliver so when I can catch them this close together BY CHOICE, i take a zillion pictures!!! 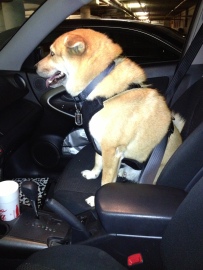 Suddenly Charley LOVES the car and likes to ride Shotgun which CRACKS US UP because we couldn’t get him into the backseat of a car for years without luring him and now he hops in any chance he gets!!!

this past fall Riley and Oliver got to go on their first vacation to northern california!!! 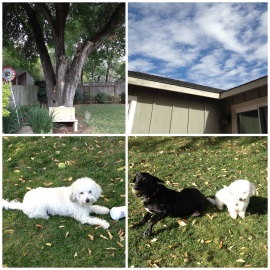 Charley-man and Oliver posing in the kitchen!

While on vacation the pups thought they both needed to be IN my lap ON me at the same time. We couldn’t stop laughing!

One of my favorite “grown-up” Oliver pics! (with a toy from InvenTori that lasted 13 minutes…..and he destroys NOTHING!!!! 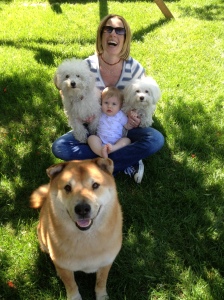 and last but certainly not least…..my absolute favorite…….Charley photo-bombing the picture that was being taken of Baby B, Riley,  Oliver and I!!! He’s even smiling about it and proud!! Like he knew what photo-bombing was!

This entry was posted in life, wordless wednesday. Bookmark the permalink.