are you someone who has unfinished business with someone in your life??

i don’t. i’m proud to say that i feel like i have made sure to say what’s needed to be said to those that needed to hear it. whether it was my Papa, before he passed, or my Grandma……..or an old friend or ex-boyfriend. i just don’t like leaving things unsaid and out there. i like to be able to tie it all up with a nice bow before i move on. it’s just how i am. 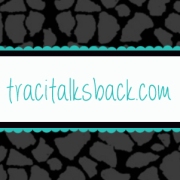 i don’t really know when it started. truly. i’m a non-confrontational and non-argumentative person. i will stand my ground and dig my heels in on things safety related or something that will somehow in some way impact someone’s life negatively. i don’t want someone to get hurt because of ignorance.

but i also don’t ever want someone to question why. to me its the worst feeling ever. to not know. or not understand. so i don’t do that. sometimes of course to spare someone’s feelings you white lie, but overall, the reason i can honestly, whole-heartedly say i have no unfinished business is because i hate wondering why so i never leave anyone in that position.

if a friendship has come to an end, even if we don’t discuss it, i make sure to email my goodbye. or at least my reasoning as to why i don’t feel we can any longer have a relationship. those are the hardest of course. a friend who lies. a friend who is deceitful. those things. easy to not want them in my life but difficult to stand firm on how i feel when i have memories with this person.

i’ve loved 3 other men in my life besides my current boyfriend and i believe soul mate, and i can say with all sincerity, from the bottom of my heart, that nothing was left unsaid. yes, of course 10-years later i wish i’d said things differently but A LOT of that is because i’m 10 years older and see the world totally differently than i did. the things that mattered then, don’t matter now, and there are things that matter oh so much more. life is just different 10 years later. but all in all i feel that i said and heard EVERYTHING i needed to in order to move on and i’m okay with that. it’s over. life moves on. they deserve happiness as much as i do. we just weren’t meant for each other.

then there’s that 1. the one person in my entire life, that i can really feel that i have unfinished business with. the worst kind too. it’s been 8 years since the last time i saw or talked to this person, but after he suddenly showed up in my “people you may know” on facebook (REALLY FB, 5 years later you suddenly find him???) the wounds are wide open. wide. i can’t let it go. i immediately texted my former roommate and very close friend rachel because i needed to tell someone who’d understand and she too was like wow. obviously it doesn’t affect her how it affects me, but, for me it’s a still open, very unhealed wound. he broke my heart, spit on it and hurt me and never told me why.

by then i had been in an abusive relationship as i’ve spoken about many times, i am a survivor of domestic violence at the hands of the man i loved. but there i have closure. ten years later and i have no doubt as to why things happened. why he talked to me how he did. why he hurt me emotionally and broke me down. why he physically hurt me on occasion. please understand i’m in no way condoning his behavior, i’m just saying, 10 years later, i have all the closure i’ve ever needed. i didn’t love him but we needed each other at that time. i think often about some of the good things i learned from him and am grateful i had that period in my life and understand those various things because i know others who haven’t ever had that kind of eye-opening experience. he made me a cynic. he made me a realist. he made me question things. he made me stronger. he still makes me believe i am stronger than anything that happens to me because if i survived that, i can survive almost anything. except for that again. it would never happen again. i’m not that person anymore and like i said, no unfinished business. that chapter is closed and the pages have turned.

it’s all because of “people you may know”!!!

screw you facebook. for 5 years i haven’t seen this person on facebook. he hasn’t crossed my path anywhere.i haven’t heard his name and the few times i’ve seen a picture in my scrapbook i looked quickly, allowed my mind to wander and i moved on. it took me a long time to get past what had happened. a long time. i had so many questions and still do! i have walls built up because of him. he’s made it harder for others to get in and for me to let them in. and i still don’t know why. and now it’s all i can think about. talk about being catapulted back 8 years, pre-30, pre-rene, pre-riley!!! .

see, it’s well after 11pm and i needed to be ASLEEP 2 hours ago! i have a marathon day tomorrow and have to be tip-top mary poppins shape, no time for dragging! but when i close my eyes, i see him.
when i think about my future, i wonder.

when i remember what he did i don’t understand, still. and after 8 years i’m back to playing every known scenario in my head as if it happened yesterday. thank you facebook. thank you people you may know! fuck you!

but i don’t understand this unfinished business. i get unanswered prayers, oh boy do i!!! but this, this is like serious torture! i understand how people become pill poppers or drinkers just to make the thinking stop! (don’t worry, i’m doing neither!)

if you have any advice, i’ll take it! i’m madly in love and excited to be moving forward. but cannot drop this now that it’s come back up! it’s been 3 days of obsessing and tonight i finally told 2 of my close friends, one that knew him and the situation, the other i wasn’t in touch with at the time so it was the first she’d heard or seen of him and the situation.

I CANNOT LET IT GO.

i don’t want to be that crazy lady who contacts people from their past to ask “why didn’t we work out”?!?! i mean we ALL KNOW in this situation it’s because he’s a douchebag who doesn’t deserve my time. but, at one time he wasn’t. and i know deep down, he isn’t. and i just want to understand. i just want to say hi and give him a hug, oh he was the best hugger.

hear what’s going on with him.

finally ask him why? and how he could do that to me.

……..and then say goodbye. goodbye for real. life moves on……and so have we.

then. i will have closure. ❤

This entry was posted in tidbits. Bookmark the permalink.