i want this to be over….

sometimes i wish i could be immune.
immune from pain once i’ve lived through it and begun to heal.
immune to the mean things people say intentionally or without thinking.
immune to being hurt out of disappointment.
immune to remembering the bad stuff.
some days, i wish that healing was enough, that moving ahead was enough and that my heart, my soul and my gut could remain in tact.
TODAY, was not one of those days. ♥

i want to be whole again. i’m tired of feeling broken.

i don’t feel broken every day, all the time like i did. which IS a sign of progress. i know that. and i’m proud of that.

then i see something on FB, a friend calls to tell me something, i read something on Twitter or in a picture on IG or while i’m reading a blog.

i know i can’t hole up in my house and turn myself off from the world but that’s kinda what i want to do. when it’s just brady and i against the world, nothing else matters. i can actually forget.

forget how much it still hurts.

forget how much it changed me forever.

forget how almost 2 months later i’m still unable to put the teether away. 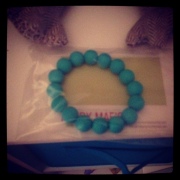 i don’t want to know things.

i don’t want to hear things.

i don’t begrudge ANYBODY happiness, love and the things that they want and deserve.

i just don’t want for them to be happy, i have to hurt.

i read stories of women who have been through MUCH MUCH MUCH worse and i feel for them. wholly. I really do.

but it hurts. no matter what. no matter how much compassion you can have for those that have been through so much worse.

it’s not the kind of hurt you can put into words.

sometimes it’s like a sharp slap to the cheek, and hurts immediately.

other times it’s a giant punch to the gut. and that’s generally when one has started to heal, it catapults you all the way back to the trauma. to the loss. to the anger.

i have so much anger inside me. so much.

it’s been aimed at the proper parties.  i’m trying to refocus it on the positive, but i feel angry. a lot.

i just looked at the blog, and it’s funny…..or maybe ironic is more accurate, there’s that word again, the one that follows me EVERYWHERE. but my last post, more then 10 days ago was positive.

it was about all the great things i had in my life. and how much i’m healing and moving forward. AND I AM. SO MUCH. and i’m proud of that. i’m trying SO HARD to focus on the positive.  to redecorate.  to clean out my life. of things. of people. of all the negative and all the things that were feeling toxic or hurtful.

but in moments of truth. mostly at night or early morning, when i can’t be distracted, and no one is around to help, the monsters come out. the monsters that hurt my heart.  the ones that creep into my subconscious and keep me from moving on. the ones that remind me of all i’ve lost besides just the baby.  the ones that force reality to hit. that remind me of what was supposed to be. they force me to look around at my room and imagine all that was going to be but won’t. again. and again. and again.

sometimes it hits harder than i expect. and i’m forced to remember.

it’s when i’m forced to face the truth.

i’m forced to look around and see my truth.

to see what i’ve been through in the past few months.

it’s when i can’t be strong anymore and i just want to be mad.

i’m mad at those who hurt me and caused this.

i’m mad at those that are getting everything i want but somehow just is out of reach for me.

i’m mad that i can’t change this or fix it or do something NOW. i’m not a patient person and this isn’t something that i can just snap my fingers and fix.

i’m mad that i’m still devoting posts to this on my blog and that this is still inside me.

i’m mad that no one can say or do anything to help. it is what it is and it’s just a process or so i hear. it’s gonna be a long road.

This entry was posted in tidbits. Bookmark the permalink.