my hatred of the shelf elf 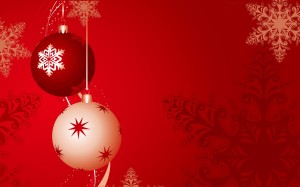 okay, so it’s now been a joke on facebook, twitter and now in real life. i figured it’s time i speak up and out, honestly and explain why i hate the elf on the shelf.

first of all, HE’S CREEPY AS FUCK. (i’m sorry for the language but look at him? he looks like a cross between howdy doody, raggedy andy and pinnochio!!)

i have a few reasons i’m not a fan of him, mostly, i don’t believe that a fat man in a red suit or an elf on a shelf or anyone else should be used to have your kids behave. as a jewish child we were given rules and expected to behave and follow them. end of story. there were consequences (plenty!) but the punishment fit the crime. and they weren’t empty threats, because you and i both know you’re not going to have your 4 year old wake up christmas morning to an empty stocking or no presents under the tree.

it’s like saying, “if you don’t start behaving at school and i don’t start getting good reports at pick-up, you won’t get any tv time.” and then as soon as you get home the tv goes on because you have to make dinner and need your kid to sit down and chill out. you’ve just reinforced that your word means nothing. it’s called an empty threat and guess what? kids see right through that and will abuse it the rest of their lives. they are smart and they know and you WILL be sorry.

….but back to the elf at hand. i’ll save the other part for another post.

a good friend got upset at me last week for mocking the elf on the shelf and saying i hated it. well i do. and it’s taken me over a week to realize why. besides the creepy factor, the truth of the matter is, it’s not the elf that bothers me. AT ALL.

it’s the fact that every day, mom’s and dad’s feel the need to post their elf pictures on instagram, facebook and twitter for all the world to see. every.single.day. until christmas. my friend who argued this with me last week said that it was a tradition in her home and who was i to deny them of that tradition.  and she’s right. i would NEVER want to deny someone their traditions, to each his own, that’s what makes the world go ’round.

but after reading a few other posts and hearing a few mom’s talk about the subject, i, being jewish, really just am listening to learn what traditions people have in their homes for christmas. and i love them. just like my family has traditions for hanukkah and every other holiday we celebrate, they are traditions in MY family. for MY family.

to me, these elf pics i am subjected to seeing multiple times daily from endless people, take away the tradition. this elf isn’t about YOUR family. this isn’t about YOU having something special with your children.  you’ve decided that it needs to be spread to the world and shared for all to see. i don’t know why. i don’t understand. i really don’t. maybe someone can explain why posting pictures of this elf daily is necessary, i mean, everyone seems to do it. is it part OF the elf package? i don’t think so because i have several friends that i know use it in their homes and i’ve never seen it or heard about it until i asked for the sake of this post.

when i think about it, it occurs to me that perhaps i should make sure to take pictures each night that i light the hanukkah candles. then a picture as they begin to melt and burn, and then when they burn out another picture. and post them on instagram, fb and twitter. but i won’t. and i wouldn’t. because it’s a holiday. with religious beliefs behind them and they are for me and my family and friends to share together, in person, celebrating and enjoying. i of course post pictures of holidays here and there OF COURSE, but that’s a far cry from the daily elf pics i have to endure.

so, to be 150% clear, i’m not begrudging ANYONE their traditions. i’m not trying to take away from your routines. or what you find important in your home, and i’m not mocking your religion.

the question i ask you, to ask yourselves is this, “when my family tradition has to be plastered on public social networking sites, does it still count as a tradition or something you do for your audience??

i’m sorry if anyone is offended by this post, but i was tired of being misinterpreted as to why i’m anti-shelf elf………and it’s not just because i’m terrified of it!!! 😉

This entry was posted in my own brand of crazy, uncategorized and tagged christmas, crazypants, elf on the shelf, hanukkah, holidays, shelf elf, traditions. Bookmark the permalink.